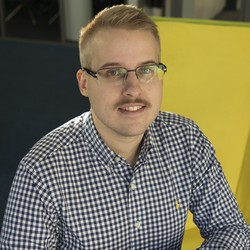 My main focus area has been graph theory, where I’ve particularly worked on various partitioning problems. This work has naturally involved algorithms (e.g., parameterization) and complexity (e.g., lower bounds). In addition, I have a strong background in programming (particularly C++), a good amount of experience in practical constraint programming, and an interest in computational combinatorics.

I successfully defended my doctoral thesis on 3rd of November, 2016. My opponent was Pinar Heggernes (University of Bergen). From May 2015 to May 2017, I was supported by the Emil Aaltonen Foundation. Later in May 2017, I joined Bell Labs in Dublin, Ireland as a post-doctoral researcher where I worked until May 2019.

Since June 2019, I’ve been employed by the OP Financial Group in Helsinki, Finland and don’t actively work in the areas listed above.

Browse all my publications.

On the complexity of restoring corrupted colorings

On the complexity of rainbow coloring problems

Rainbow Coloring and Connectivity Problems on Families of Perfect Graphs